With our professional VFB coach ( Verein für Bewegungsspiele Stuttgart 1893 e. V.) you will experience a great football exchange. It takes one to two weeks.

Manuel Bierig, 31 years old and a member of the coaching team at the VfB football school since 2011, is basically enthusiastic about a lot of things. And so he also showed himself to be keen to experiment on that evening when his Chinese hosts took him out for a cosy dinner – and tried the Chinese speciality duck stomach in addition to the duck breast, which is also well-known and popular in Europe.

His conclusion: It won’t be his new body dish, but it was something different. He also learned during his days in Beijing that Chinese cuisine on the spot is hardly comparable to the Chinese cuisine as we know it in restaurants in Germany.

Manuel Bierig explains: “In China, the Bundesliga is generally known, but the knowledge about VfB is not too pronounced. “ 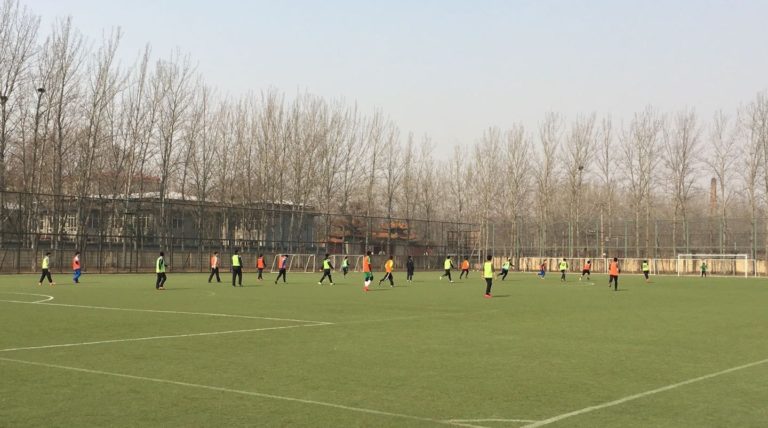 The trainer training is central to our exchange.

If you are interested, and would also like to participate. We look forward to hearing from you.

Extract from the magazine dunkelrot 01/2016

The VfB Football School has expanded its international commitment and has now taken action outside Europe for the first time. Having previously organised camps for young players in Ireland and Austria lasting several days, VfB organised a three-day advanced training course for coaches in China in mid-February. In view of the great response, the pilot project could well develop into a cooperation between VfB and Chinese football. 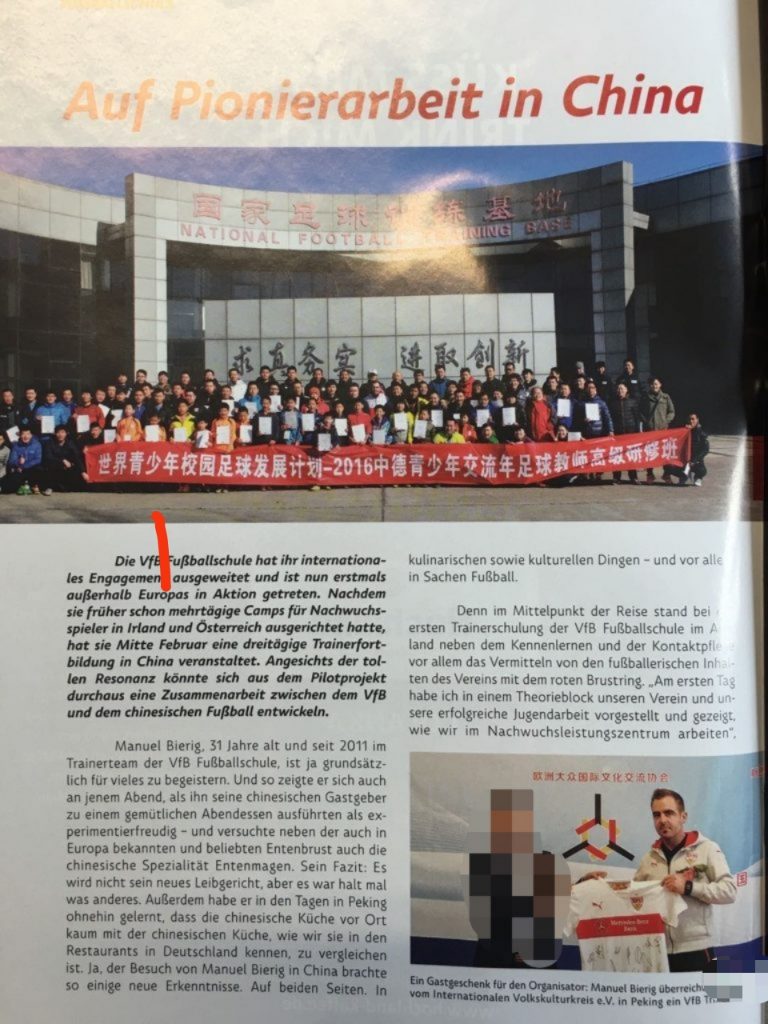 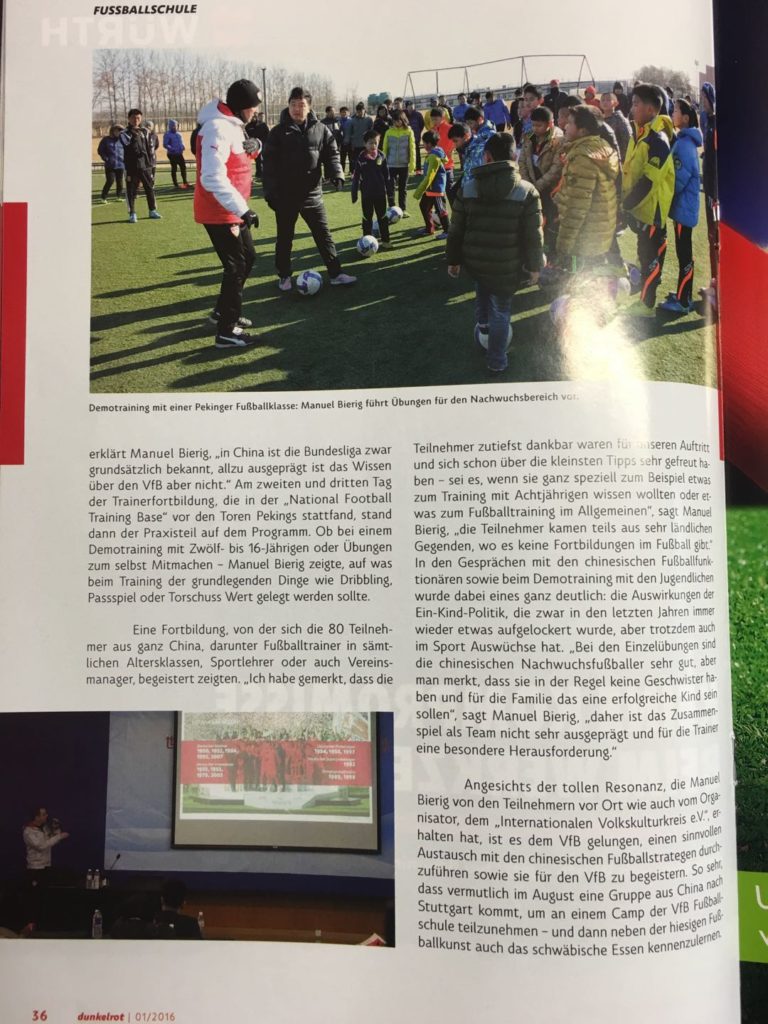